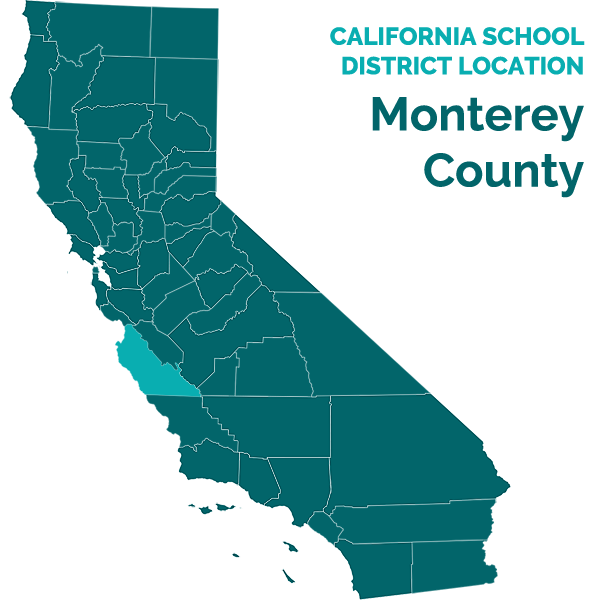 Monterey Peninsula Unified School District filed a due process hearing request with the Office of Administrative Hearings, State of California, on May 28, 2014, naming Parent on Behalf of Student.

May Monterey assess Student pursuant to its May 5, 2014 proposed assessment plan in the absence of parental consent?

Monterey met its burden to show that it has a right to assess Student for special education. Monterey’s May 5, 2014 assessment plan is appropriate, its assessors are qualified, and the assessments are necessary.

1. Student is a 6-year-old boy who has resided within the geographical boundaries of Monterey at all relevant time periods. Student’s home school is Marina Vista School. When Student was in preschool in 2011, he was found eligible for special education under the category of speech and language impairment.

2. Student’s individualized education program placement for the 2013-2014 school years was a kindergarten special day class at King Elementary School. Although Parents had consented to this IEP placement, Father decided that he did not want Student placed in a special day class for kindergarten. Without notice to the IEP team, Father requested, and was granted, an intra-district transfer for Student and Student was enrolled at Olson Elementary School at the beginning of the 2013-2014 school year.

3. From the start of the 2013-2014 school year, Student did not receive special education and related services because no one at Olson was aware that Student had an active IEP. Father did not inform anyone at Olson that Student was eligible for special education. Monterey did not have any system in place to alert either the department that handled intra-district transfers or the enrollment staff at Olson school that Student had a signed IEP, which called for him to attend a special day class at another elementary school. Eventually, after concerns were raised by staff about Student’s behavior and speech, his special education eligibility was discovered and an IEP team meeting was scheduled.

4. Monterey held an IEP team meeting on August 28, 2013 and again offered Student placement for the 2013-2014 school year in the same kindergarten special day class at King Elementary School. At that meeting, Parents expressly revoked all consent in writing for special education for Student. Monterey followed up on the revocation by sending Parents a letter explaining the effect of revocation of all consent for special education and a copy of their procedural safeguards. Pursuant to Parents’ revocation, Monterey then considered Student a general education student and did not convene any additional IEP team meetings or make subsequent offers of a free appropriate public education to Student.

5. At the time Parents revoked consent for special education, Monterey had determined that Student had needs in articulation, language, academics and pre-academics, task completion and initiation, and behavior.

6. By September 19, 2013, Student’s kindergarten teacher had significant concerns about Student, and a student study team meeting was convened. Student’s impulsive behavior was disrupting his learning and the learning of others in the classroom. Student exhibited defiant behaviors, and physically assaulted other students. Student’s speech was often difficult to understand. As a result of that meeting, Student was placed on a behavior contract in an attempt to reduce his disruptive behavior. The behavior contract was not successful.

7. Student’s behaviors included pushing students, yelling out and making other inappropriate noises in class, defiance of staff, throwing things, hitting and kicking staff, biting students, and other serious disruptions. These behaviors were documented and Student’s discipline for them was consistent with the discipline rules for general education students. Often, Student was removed from the classroom and sent to the office for disciplinary action and to allow the other students in the class to continue their learning. By October 2013, Student’s behaviors were so severe and disruptive that his intra-district transfer to Olson was revoked, pursuant to Monterey policy. Monterey has a week-long school break in October and Student was removed from Olson right before the break began and enrolled in his home school, Marina Vista, starting when the break ended. Parents did not agree with the decision to move Student, but parental consent was not necessary. Despite their disagreement, Parents complied with the change and Student began attending Marina Vista.

8. Not long after Student’s enrollment at Marina Vista, Student’s kindergarten teacher, Sarah Bell, expressed concerns about Student’s academic deficits in reading, sound recognition, numeric values, listening, following directions, completing classwork, and keeping his hands to himself. An “individualized learning plan” was developed with goals in these areas and was presented to Parents in November 2013. Shortly thereafter, Student knocked down Ms. Bell, injuring her. Following the winter break, Student was transferred to another kindergarten class, taught by Scott Laxier. In addition to concerns about the injury to Ms. Bell, the Marina Vista staff felt that Student might respond better to a classroom that was less structured than Ms. Bell’s and that a different teaching style might benefit Student.

9. Student’s misbehaviors did not abate in the new classroom. On February 14, 2014, another student study team meeting was held. Student was below grade level in math and reading, he had significant focus and attention problems in the classroom and was he was not consistently completing his work. The student study team recommended a variety of interventions including a new language arts curriculum, sticker charts, social stories for behavior, a school counselor who would come into Student’s class twice a week to work with him on behavior issues, and, pursuant to Father’s request, call Father when Student was taken out of the classroom for behavioral reasons. During this time, Father repeatedly made it clear that he would not consider special education testing or services for his son.

10. Monterey implemented these interventions and also had a behaviorist observe Student and consult with Mr. Laxier in order to provide additional strategies designed to decrease Student’s behaviors. Student received individualized attention regularly from the classroom aide, often to the exclusion of all of the other students in the class. While Student’s behavior, attention, and focus sometimes improved with intensive one-to-one adult intervention, his behavior worsened when an adult was not directly working with him.

11. On May 5, 2014, another student study team meeting was convened because Student was still not academically at grade level, and his behaviors continued to be serious and disruptive to his learning and the learning of others. At this meeting, after having implemented a variety of interventions and strategies, Monterey determined that Student should be assessed for special education. Monterey continued to believe that Student was a student with a disability and eligible for special education. An assessment plan was developed to assess Student in the areas of health/development, cognition, perceptual/motor ability, speech/communication development, and pre-academic/academic performance. Monterey gave Father the assessment plan and a copy of the Procedural Safeguards at that meeting. He declined consent in writing.

Qualifications of the Proposed Assessors

Introduction – Legal Framework under the IDEA2

2 Unless otherwise indicated, the legal citations in the introduction and in the sections that follow are incorporated by reference into the analysis of each issue decided below.

Issue: Is Monterey Entitled to Assess Student Because Student May be a Student with a Disability?

5. In a footnote in an unpublished decision, the Ninth Circuit Court of Appeals recently noted that it has not yet articulated a test for determining when the child find obligation is triggered. (G.M. ex. rel. G.M. v. Saddleback Valley Unified Sch. Dist., (9th Cir. July 18, 2014, No. 12-56627) 63 IDELR 214 (“Saddleback”).) A Hawaii district court has held that “[T]he child-find duty is triggered when the [district] has reason to suspect a disability, and reason to suspect that special education services may be needed to address that disability.” (See Dept. of Educ., Haw. v. Cari Rae S., (D. Haw. 2001) 158 F.Supp.2d 1190)(“Cari Rae”).) The Sixth and Third Circuits have promulgated tests that differ significantly from the Cari Rae standard. (See D.K. v. Abington Sch. Dist., (3rd Cir. 2012) 696 F.3d 233, 249) (noting that “Child Find does not demand that schools conduct a formal evaluation of every struggling student”); Bd. of Educ. of Fayette Cnty., Ky. v. L.M., (6th Cir. 2007) 478 F.3d 307, 314) (holding that the individual claiming a child find violation must demonstrate “that school officials overlooked clear signs of disability and were negligent in failing to order testing or that there was no rational justification for not deciding to evaluate”).

6. Once a child is identified as potentially needing specialized instruction and services, the district must conduct an initial evaluation to confirm the child’s eligibility for special education. (34 C.F.R. § 300.301; Ed. Code, § 56302.1.)

8. A student shall be referred for special education instruction and services only after the resources of the regular education program have been considered and, where appropriate, utilized. (Ed. Code, § 56303.) If a parent revokes all consent for special education and a subsequent special education assessment is contemplated, the district must treat this as a request for an initial evaluation. (Comments to 34 C.F.R. § 300.303 (Dec. 1, 2008) 73 FR 73015.)

10. Here, Student was eligible for and in need of special education from 2011 until Father revoked consent in August 2013. At that time, Monterey did not determine that Student no longer met eligibility criteria or no longer needed special education, instead, his parents unilaterally removed him from special education. This means that Monterey, even after revocation, had reason to continue to believe that Student was a student with a disability. After the revocation, Student continued to exhibit troublesome behaviors and deficient academic performance.

11. Monterey tried a variety of general education interventions and settings, none of which were successful. It was only after a significant amount of time and multiple meetings of the student study team that Monterey sought to assess Student for special education. Student has demonstrated academic and behavioral difficulties and, despite Monterey providing interventions and supports, Student continues to work below grade level standards and to engage in behaviors that interfere with his learning and the learning of other students. It is not necessary in this case to determine which legal standard for child find should be applied in this case, as Monterey has met even the strictest child find standard noted in Saddleback.

Is the Assessment Notice Proper?

13. Monterey provided Father an assessment plan and a Notice of Procedural Safeguards on May 5, 2014. The assessment plan was in language easily understood by the general public, was provided in Father’s native language of English, explained the types of assessments to be conducted, and indicated that no educational placement or services would result from the assessment without the consent of the parent. Father noted his refusal to consent to the assessment plan on the day it was presented to him. All statutory requirements of notice were met and the assessment plan complied with the applicable statutes.

Will the Proposed Assessments be Conducted by a Competent Person?

14. Assessments shall be conducted by persons competent to perform the assessment, as determined by the local educational agency. Any psychological assessments of pupils shall be made in accordance with the Education Code Section 56320 and shall be conducted by a credentialed school psychologist who is trained and prepared to assess cultural and ethnic factors appropriate to the pupil being assessed. (Ed. Code, §§ 56322 and 56324, subd. (a).)

15. Monterey’s proposed assessors, as described in this hearing, are competent to perform the assessments. Monterey will ensure that the assessments conducted by the school psychologist will be conducted in accordance with Education Code Section 56320.

Monterey is entitled to proceed with the assessment proposed in the May 5, 2014 triennial assessment plan without the consent of Parents.