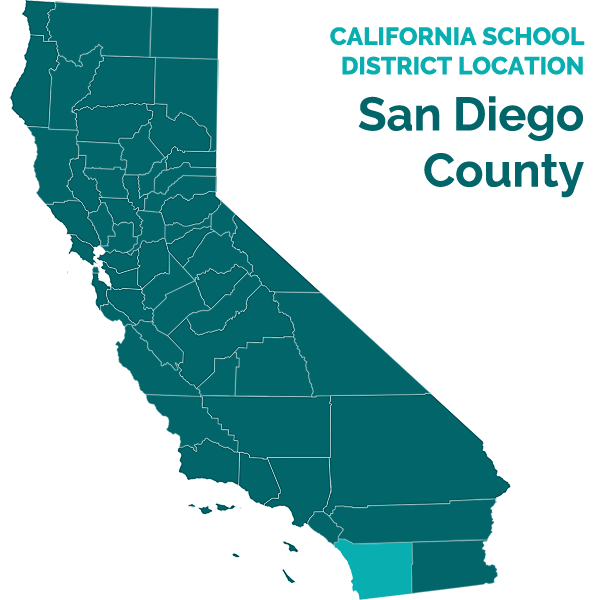 In the Matter of:
DEL MAR UNION SCHOOL DISTRICT,
v.
PARENTS ON BEHALF OF STUDENT.

The Del Mar Union School District filed a due process hearing request (complaint) with the Office of Administrative Hearings, State of California, on November 26, 2013, naming Student’s parents on behalf of Student (Student). The matter was continued for good cause on December 11, 2013.

On March 25, 2014, the record was closed and the matter was submitted for decision.

May Del Mar assess Student pursuant to the October 15, 2013 assessment plan, over the objection of Student’s parents?

This Decision finds in favor of Student’s parents. There is insufficient evidence that Student needs to be assessed for special education eligibility at this time.

1. Student is a seven-year-old girl who has resided within the jurisdiction of the Del Mar Union School District at all times relevant to this case. She has never been found eligible for special education.

2. Student did very well academically during her kindergarten year of school. Her report card showed that she was “advanced” in almost every area reported and “secure” in the others. Her citizenship and efforts in class were reported to be “excellent.”

3. The teacher comment to her report card recognized her achievement:

[Student] was a pleasure to teach. She showed a true desire to learn. [Student] was a tremendous help in the classroom. She would always assist the other students when asked. [Student] will excel in 1st grade.

4. Student had a little difficulty adjusting at the beginning of her first grade year. Because the mix of pupils was different in first grade than in kindergarten, Student did not start school in a classroom with her kindergarten friends. Shortly after the first grade school year began in late August 2013, there was an incident in which Student attempted to elope from school. Student was six years old at the time.

5. During the hearing, the parties stipulated to the following facts regarding that elopement incident:1

1 In light of the stipulation, Del Mar did not call the school nurse as a witness to testify about the incident.

On August 29, 2013, [Student] attempted to leave the Carmel Del Mar school campus unaccompanied and was upset. Lori Smiley, District Nurse, spent about 20 minutes with [Student] until she was calm enough to return to her class.

6. There may also have been a second incident in which Student attempted to elope from school. Student’s mother reported that it occurred near the beginning of the school year. She did not personally witness the incident, but she believed that it occurred at some point in approximately September 2013. Del Mar did not bring in direct evidence as to the circumstances of the second elopement and there was no stipulation as to the facts of that elopement. Student’s mother testified that at least one of the elopement incidents occurred when there was a substitute teacher in the room who was having difficulty handling the class. There was no evidence of any other attempts by Student to elope since that time.

8. The teacher’s comments to Student’s report card for the first trimester of the current school year show that Student has been doing well in first grade:

[Student] is an absolute pleasure to teach. She is a very strong student. I would like to see [Student] participate more in class/small group instruction. This will also help her become a deeper thinker. [Student] should also take academic chances and persevere through them. I look forward to working with [Student] the rest of the year.

10. In October 2013, Student’s father sent a letter to Del Mar requesting that Del Mar fund an independent educational evaluation of Student. In the letter, Student’s father stated that Student had been seen by doctors. The letter raised concerns about Student’s elopement and the possibility that she had an eating disorder. The letter did not request to have an assessment done by school district personnel.2

2 The letter was not entered into evidence, so the only information about the contents of the letter came from the testimony of Ms. Schukoske.

11. Because Del Mar had never assessed Student for special education, Del Mar denied the request for an independent educational evaluation. According to Ms. Schukoske, at the time Del Mar received the letter, the staff thought that Student’s father might have been confused about how the process for assessment worked, and that he did not realize a school district had to conduct its own assessment before a parent could request an independent assessment at district expense.

12. When the Del Mar staff considered the concerns raised by Student’s father in his letter along with the difficulties Student exhibited at the beginning of her first grade year, the staff felt they should offer an assessment by school district personnel to investigate whether Student should be found eligible for special education.

13. On October 15, 2013, Del Mar sent an assessment plan to Student’s parents, proposing to assess Student in the areas of academic achievement, health, intellectual development, language/speech communication development, motor development, and social/emotional development. According to Ms. Schukoske, Del Mar was primarily concerned with Student’s social-emotional functioning, but wanted to assess in all areas to make certain they had a complete picture of Student’s functioning.

14. During the hearing, the parties stipulated that Del Mar has qualified staff available to perform a proper assessment.

15. Neither of Student’s parents signed their agreement to the assessment plan. On November 26, 2013, Del Mar filed the instant action seeking an order from OAH permitting Del Mar to assess Student despite the lack of consent by Student’s parents.

16. During the hearing, Student’s mother voiced strong objections to an assessment by Del Mar. She believes that Student is a happy child who is excelling in school. She does not believe that Del Mar has any reason to assess at this time. She pointed out that Student’s current teacher Jason Bethurum was not called to testify at the hearing, even though he would be in the best position to know if Student requires an assessment.

18. Student’s father chose not to testify during the hearing, but he made it clear during his closing argument that he did not want Del Mar to conduct an assessment of Student. He also clarified that when he sent his letter requesting an independent assessment, he had no intention of requesting an assessment conducted by Del Mar personnel.

3 In his opening statement, Student’s father expressed concern that Student might be emotionally disturbed. However, he chose not to testify and did not present other evidence to support his statement.

5. According to Del Mar’s closing argument, Del Mar relied upon two legal provisions in deciding its course of action in this case. The first was Education Code section 56029, which provides, in part, that a referral for assessment means “any written request for assessment” to identify an individual with exceptional needs made by a parent or guardian of the individual, or a teacher or other service provider of the individual.

6. The second provision relied upon by Del Mar was California Code of Regulations, title 5, section 3021, subdivision (a) (Section 3021). That section provides in part: “All referrals for special education and related services shall initiate the assessment process and shall be documented. When a verbal referral is made, staff of the school district, SELPA [special education local plan area], or county office shall offer assistance to the individual in making a request in writing, and shall assist the individual if the individual requests such assistance.”

8. Once Student’s parents refused to sign the assessment plan, the law permitted Del Mar to file an action before OAH seeking to assess Student, despite her parents’ refusal to agree. (Ed. Code, § 56321, subd. (c)(2).) Given Student’s circumstances at the beginning of the year and the concerns raised by her father, Del Mar chose to do so in order to make certain that it complied with its child find obligations under the law.

9. During the hearing, Student’s mother expressed frustration with Del Mar’s decision to file this action because she believed it was done solely to avoid litigation with Student’s father. Del Mar’s motivations in bringing this action are not directly relevant to this case – this case focuses on whether there was cause to assess Student based on Student’s needs. Even if Student’s mother was correct, there is nothing wrong with Del Mar filing this action in an abundance of caution. Although Del Mar met its child find obligation when it proposed an assessment plan which Student’s parents refused to sign, it was perfectly acceptable for Del Mar to take the additional step of seeking a ruling from OAH. Given the relationship between Del Mar and Student’s father, it was understandable that Del Mar would wish to exhaust every possible avenue of its child find obligation.

10. However, given the evidence presented at the hearing, there is no need for Del Mar to assess Student for special education at the present time. Student’s report cards from both kindergarten and first grade show her to be an outstanding pupil who excels academically. The uncontested testimony of Student’s mother confirmed that Student is also doing well socially. Although Student apparently had a difficult time at the beginning of her first grade year, there was no evidence that her difficulties have continued to the present. One or two isolated incidents of elopement under these circumstances are not enough to demonstrate the necessity for an assessment of this child, without more evidence of problems. There was no evidence of emotional disturbance or an eating disorder except for hearsay testimony about the contents of one letter sent by a parent.

11. Del Mar did not meet its burden to show that Student is suspected to be a child with a disability who is in need of special education. Del Mar’s request to assess is denied. Del Mar has fulfilled its child find obligations with respect to this Student. There is no need for assessment at this time.

The relief sought by the Del Mar Union School District is denied. Del Mar may not assess Student pursuant to the October 15, 2013 assessment plan.

Pursuant to California Education Code section 56507, subdivision (d), the hearing decision must indicate the extent to which each party has prevailed on each issue heard and decided. Here, Student was the prevailing party on the sole issue presented in the case.