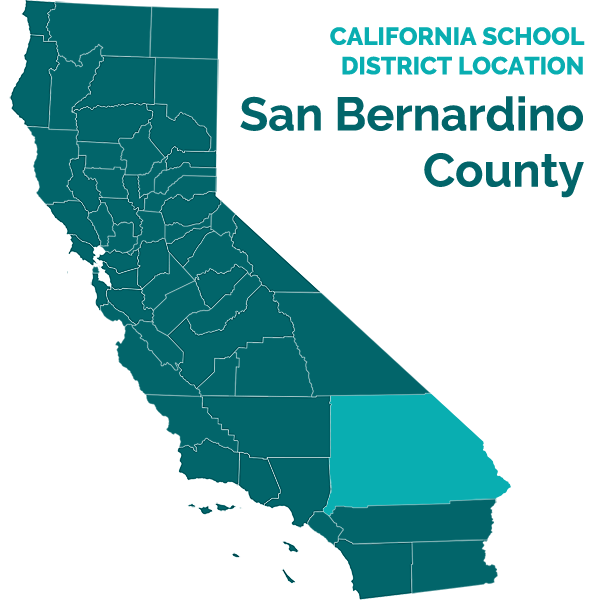 In the Matter of:
PARENT ON BEHALF OF STUDENT,
v.
CHAFFEY JOINT UNION HIGH SCHOOL DISTRICT.

Parents, assisted by advocate Peter Attwood, represented Student. Student and his Parents attended the hearing. The hearing was open to the public at Parents’ request.

Did the District deny Student a free appropriate public education (FAPE) for the 2012-2013 school year by not offering to provide an iPad and software?

1. Student was 16 years old at the time of hearing and lived with Parents within District boundaries. At all relevant times, Student was eligible for special education and related services under the category of autistic-like behavior.

2. On August 17, August 22, and September 6, 2011, Student’s IEP team developed Student’s triennial individualized education program (IEP). Parents did not consent to the IEP. Due process complaints were filed by both parties and ended with a settlement agreement dated November 9, 2011. As the result of the settlement agreement, Student attended 10th grade during the 2011-2012 school year at Buena Park Speech and Language Developmental Center, a non-public school (NPS), with related services including adaptive physical education (APE), speech and language services (LAS), occupational therapy (OT), and transportation. Transportation to and from the NPS took about 50 minutes each way.

3. Student enjoyed school and he made educational and social progress during the 2011-2012 school year. Student’s modified high school curriculum grade report for the 2012 spring semester showed passing grades with minimal assistance in all subjects.

4. Student’s IEP team met on April 24 and April 27, 2012. Over the course of the two meetings, the team discussed Student’s present levels of performance (PLOP’s) and considered proposed goals and objectives. Student’s PLOPs demonstrated he had progressed on all goals. Student’s assistive technology included regular use of a weighted pen, a ruler for subtraction, and other manipulatives for math. Other assistive technology used as needed for written communication included special lined paper, or highlighted areas for printing, and a keyboard. Parents requested a speech and language assessment and a reading assessment at the April 24 IEP team meeting. At the April 27 IEP team meeting, Parents asked District to provide an iPad for Student, primarily to be used for educational applications while Student was riding the bus. At the conclusion of the April 27 IEP team meeting, the team agreed to reconvene at a later date to continue their review and complete the IEP.

5. On May 1, 2012, District sent Parents an assessment plan for speech and language, and reading. District also informed Parents that their request for an iPad to be used by Student during the ride to and from school was denied because Student did not need an iPad to access his curriculum.

6. The IEP team met again on June 1, 2012. The team developed 22 goals and objectives in reading fluency, vocabulary, phonics, and comprehension, spelling, visual/motor writing, math word problems and subtraction, vocational/career development, receptive language, pragmatic language/social communication and conversation skills, phonemic awareness, problem solving, peer and group interaction, three fitness/motor goals, and two goals directed towards self-advocacy and assertiveness. Parents requested a goal which would incorporate Student’s use of an iPad and renewed their request for an iPad. District offered to conduct an assistive technology assessment and informed Parents an assessment plan would be sent to them for their approval. The team agreed to meet again on June 7, 2012, to complete the IEP.

9. Student began to use an iPad at the NPS in July 2012. At hearing, Student, assisted by his father, demonstrated educational applications on his cell phone that he could access with an iPad. The applications contained various subjects such as math and biology but were not directly related to Student’s curriculum or program. Student’s mother and father described the benefits an iPad would provide Student i.e., their belief that an iPad would enhance Student’s learning ability by presenting educational material in an engaging format and make better use of unstructured time Student spent on the bus. Student did not need or use assistive technology to communicate or socialize. There was no evidence Student engaged in any problem behaviors on the bus. There was no evidence an iPad was necessary to access Student’s curriculum, do homework, or to obtain educational benefit from his program.

1. Student contends District should provide Student an iPad with educational applications “so that, among other things, he could profit educationally during his ride to school and back.” 1 District contends Student has an iPad for his use at school during the 2012-2013 school year, an assistive technology assessment has been agreed upon, and Student does not need an iPad to obtain educational benefit from his IEP.

1 In Student’s closing brief, Student argues for the first time that District committed procedural violations including the exclusion of parental input during the IEP process and predetermined the decision to refuse to provide an iPad for Student. These issues were not pled in Student’s complaint, were not raised at the prehearing conference, and at no time did District consent to amending the complaint to add them. Accordingly, the ALJ is barred from addressing these issues. (Ed. Code, § 56502, subd. (i) [party requesting the due process hearing may not raise issues at hearing that were not alleged in the complaint unless the respondent party agrees].)

4. The IDEA regulations define transportation as: (i) travel to and from school and between schools; (ii) travel in and around school buildings; and (iii) specialized equipment (such as special or adapted buses, lifts, and ramps), if required to provide transportation for a child with a disability. (34 C.F.R. § 300.34(c)(16) (2006).)

5. An “assistive technology device” is defined as “any item, piece of equipment or product system [other than a surgically implanted device] . . . that is used to increase, maintain or improve functional capabilities of an individual with exceptional needs.” (20 U.S.C. § 1401(1); Ed. Code, § 56020.5.)

6. In Board of Education of the Hendrick Hudson Central School District, et al. v. Rowley (1982) 458 U.S. 176, 201 [102 S.Ct. 3034, 73 L.Ed.2d 690] (Rowley), the Supreme Court held that “the ‘basic floor of opportunity’ provided by the [IDEA] consists of access to specialized instruction and related services which are individually designed to provide educational benefit to” a child with special needs. Rowley expressly rejected an interpretation of the IDEA that would require a school district to “maximize the potential” of each special needs child “commensurate with the opportunity provided” to typically developing peers. (Id. at p. 200.) Instead, Rowley interpreted the FAPE requirement of the IDEA as being met when a child receives access to an education that is “sufficient to confer some educational benefit” upon the child. (Id. at pp. 200, 203-204.)

9. Based on the evidence presented at hearing, Student failed to demonstrate by a preponderance of the evidence that he was denied a FAPE by District’s failure to provide an iPad for the 2012-2013 school year. Student failed to demonstrate that he needed an iPad during transportation, or to obtain educational benefit from his IEP. There was no evidence that Student required an iPad to communicate, to socialize, or to control behaviors on the bus. The amount of time Student spent on the bus was not shown to be unreasonable. While the IDEA defines related services to include transportation to and from school, the IDEA does not require District to optimize the time Student spends on the bus. Student did not require an iPad for his homework or his school work. Student was making progress on all of his goals and passing his classes with the assistive technology provided. Even though the NPS provided an iPad to enhance Student’s education at school, there was no evidence an iPad would increase, maintain, or improve Student’s functional capabilities, or assist him in benefitting from specialized instruction if an iPad was provided for the bus ride. To meet the FAPE standard as defined in Rowley, District must provide assistive technology only to the extent Student needs it to benefit from special education. Given that there was no showing that the device was necessary to assist Student in benefitting from special education, the IEP team’s decision not to offer an iPad was reasonable given the information known by the IEP team at the time. In sum, District was not required to offer the assistive technology preferred by Parents based on their perception that it would maximize the use of Student’s time during transportation. Districts failure to provide Student an iPad and software for Student’s use on the bus did not deny Student a FAPE. (Factual Findings 3 through 9; Legal Conclusions 3 through 8.)

All of Student’s requests for relief are denied.

Pursuant to Education Code section 56507, subdivision (d), the hearing decision must indicate the extent to which each party has prevailed on each issue heard and decided. In accordance with that section, the following finding is made: District prevailed on the issue presented.

The parties to this case have the right to appeal this Decision to a court of competent jurisdiction. If an appeal is made, it must be made within 90 days of receipt of this Decision in accordance with Education Code section 56505, subdivision (k).