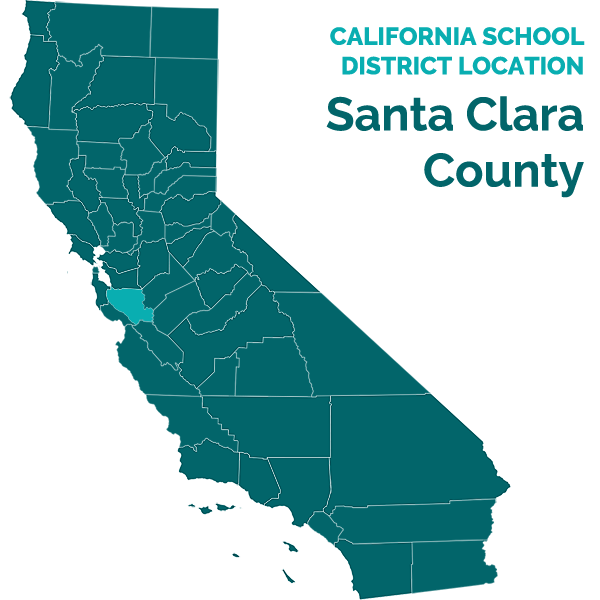 PARENTS ON BEHALF OF STUDENT,

The sole issue in this bifurcated hearing was whether Student was a resident of District from August 27, 2009, through the 2009-2010 school year (SY)?

District requests an order that Student was not a resident of District during the relevant time period and that Student’s complaint be dismissed.

At hearing, Student made a request that the records in this matter be sealed on the grounds that Father is employed in the field of law enforcement and publishing the family’s home address or personal information may jeopardize the safety of Student’s family. District did not object to the request.

The evidence established that Father is employed by a local police department and is involved in the gang taskforce within his department. Parents testified that one of the homes at issue in this case has been tagged by gang members with graffiti in the past. The testimony and evidence in this matter involve repeated references to the residential addresses and telephone numbers of Parents and Grandmother. This information, if published, could place Student’s family in danger. Because the issue for determination is one of residency, the addresses and telephone numbers cannot be redacted. Accordingly, Student’s request to seal the record is granted. Should this matter be appealed, the parties are ordered to ensure that the administrative record be filed under seal. This decision has been cleansed to ensure that OAH does not publish any of Student’s family’s addresses or telephone numbers.

At the hearing, the parties entered into the following stipulations which were accepted into the record:

2. Student has not requested or been granted an inter-district transfer.

CONTENTIONS OF THE PARTIES

District contends that Student resides with his parents at Parents’ house, which is located outside the jurisdictional boundaries of District. While Student has been enrolled in District and attended District’s school since the 2006-2007 SY, District asserts that Parents have not resided within its geographic boundaries. District maintains that because Parents were not residents of District during the 2009-2010 SY, it was not the local educational agency responsible for offering or providing Student with a free appropriate public education (FAPE). Therefore, District requests that Student’s complaint be dismissed.

Student contends that while his Parents own the house outside of District’s geographic boundaries, Mother has always resided at Grandmother’s house with Student. Student asserts that his residency is determined based upon his Mother’s residency. Therefore, Student contends that District was the local educational agency responsible for offering and providing him a FAPE during the 2009-2010 SY and his complaint should not be dismissed.

1 The two homes at issue in this case shall be referred to as Grandmother’s house and Parents’ house.

2 “Dual residence” was a term used by Parents during the hearing and is differentiated herein with the legal definition of residence or domicile.

On April 30, 2010, Student filed a complaint alleging that District denied him a FAPE during the 2009-2010 SY. While the complaint raised several claims against District, the only time period at issue was the 2009-2010 SY. On June 7, 2010, District filed a motion to bifurcate the due process hearing and requested a bifurcated hearing to determine the threshold issue of residency. Student did not oppose the motion. On June 16, 2010, OAH granted District’s motion to bifurcate the matter.

1. Student is a nine-year-old boy, diagnosed with Systemic Juvenile Idiopathic Arthritis. Student qualifies for special education under the category of other health impairment.

3. Due to the nature of his work, Father can be away from his house for periods of time ranging from 24 hours to several weeks. Mother does not feel safe in Parents’ house when Father is away for extended periods of time. Mother stays at Grandmother’s house, with Student and his siblings, during these periods. Father and Mother both testified that this was Mother’s standard practice.

6. Parents enrolled Student into District in August 2006, prior to the start of the 2006-2007 SY. Student’s older siblings, ages 14 and 17, have attended school in District for their entire educational careers. Father testified that the 14- and 17-year-old siblings believe they have two homes. Student believes he lives at Grandmother’s house.

9. Cyndy Maijala, District principal at Booksin Elementary School, testified that approximately in December 2009, District became concerned with Student’s lack of attendance. At the beginning of December 2009, assistant principal, Cydney Eshleman, and school nurse, Nancy Newell, conducted a health-and-welfare check at Grandmother’s house. They were unable to speak with anyone at the home and, therefore, did not enter the house. However, neighbors informed them that only Grandmother resided at the home and children were present only occasionally. Ms. Maijala became concerned that Student may not be a resident of District. She found Parents’ house as a possible home listed on Mother’s driver’s license in Student’s enrollment records. Ms. Maijala conducted a health-and-welfare check at Parents’ house.

10. Ms. Maijala visited Parents’ house twice on the same day. On her first visit, during school hours, Ms. Maijala rang the doorbell and Student’s older brother answered the door. She spoke with Father, but did not ascertain who actually lived at the home. Ms. Maijala did not enter the home and could only hear a television in the background. She did not request that she be allowed to view the premises as part of her health-and-welfare check. Ms. Maijala returned in the evening and spoke to one of the neighbors. The person informed her that Student’s family lived at Parents’ house, however, the neighbor was aware of another home the family used which the neighbor thought was Grandmother’s house.

11. District’s health-and-welfare check did not establish that Mother resided at a particular home. Ms. Maijala did not enter either home. Because she did not enter the homes, she did not observe any of the telltale signs of residency, such as children’s clothing, toys, beds, Mother’s clothing or other personal effects. Accordingly, Ms. Maijala’s testimony was given little weight.

15. Mother testified that Grandmother’s house has two bedrooms and she described the sleeping arrangement for herself, Student, his siblings and Grandmother. She testified that Student primarily sleeps on a pull-out bed in the couch in the living room. Grandmother testified that her house has three bedrooms. She described a different sleeping arrangement than Mother and stated that she did not own a couch with a pull-out bed. This testimony was conflicting and of concern. However, the conflicting testimony between Mother and Grandmother did not detract from the consistent testimony regarding the separation in Parents’ marriage and Mother’s “full time” residency at Grandmother’s house.

2. Under the Individuals with Disabilities Education Act (IDEA), local educational agencies are charged with “providing for the education of children with disabilities within its jurisdiction.” (20 U.S.C. § 1413(a)(1).) California law requires students to attend the public school “in which the residency of either the parent or legal guardian is located.” (Ed. Code, § 48200.) Residency under the IDEA is measured by “normal standards.” (Union School Dist. v. Smith (1994) 15 F.3d 1519, 1525.) In California, Government Code section 244 lists “the basic rules generally regarded as applicable to domicile [legal residency].” (Fenton v. Board of Directors (1984) 156 Cal.App.3d 1107, 1114.)

In determining the place of residence [domicile] the following rules shall be observed:

(a) It is the place where one remains when not called elsewhere for labor or other special or temporary purpose, and to which he or she returns in seasons of repose.

(b) There can only be one residence.

(c) A residence cannot be lost until another is gained.

(f) The residence can be changed only by the union of act and intent.

4. Case law, developed over many years, emphasizes intent as a crucial factor in the legal definition of residency. Union School Dist. v. Smith, supra, 15 F.3d at p. 1525, is instructive on the issue of intent. There, the parents, who were residents of the city of San Jose, placed their child at a non-public school in Los Angeles and resided in Los Angeles while he attended school. The school district argued that the child “resided” in Los Angeles during the week while attending a school there and, therefore, the Union School District was not responsible for the child’s education. The Ninth Circuit found otherwise. The parents were only temporarily in Los Angeles during the school week and did not intend to move there permanently as evidenced by the father’s maintenance of his medical practice in San Jose and the maintenance of parents’ permanent home there. The parents’ intent, therefore, was to remain residents of San Jose and their actions supported that intent.

In order to affect a change of residence, there must be a concurrence in the act of abandonment of one residence with the intent to establish a new residence elsewhere. It is mainly a question of intent, which may be shown by the testimony of the parties, considered in connection with the surrounding circumstances, plus corroboration when essential.

6. Similarly, in the case of Michelman v. Frye (1965) 238 Cal.App.2d 698, 704, the court stated that “Absence from one’s permanent residence, if all the while he intends the absence only for a special temporary purpose and to be followed by resumption of the former residence, constitutes neither abandonment thereof nor a change of residence.”

10. However, as discussed in Legal Conclusions 3 through 6, a person cannot legally have two simultaneous residences. A person may own multiple properties such as a second home or a vacation home. But, a person may only have one legal residence at a time. Therefore, Mother’s subjective belief of having two residences did not establish her residency within District’s geographic boundaries for the entire 2009-2010 SY. The evidence established that she did not intend to abandon Parents’ house until her recent separation from Father.

2. Student’s complaint is accordingly limited to claims arising after March 24, 2010.

Education Code section 56507, subdivision (d), requires that the hearing decision indicate the extent to which each party has prevailed on each issue heard and decided. District substantially prevailed on the only issue decided in this bifurcated hearing. Student prevailed in part.

This is a final administrative decision, and all parties are bound by this decision. The parties are advised that they have the right to appeal this decision to a court of competent jurisdiction. Appeals must be made within 90 days of receipt of this decision. (Ed. Code, § 56505 subd. (k).)