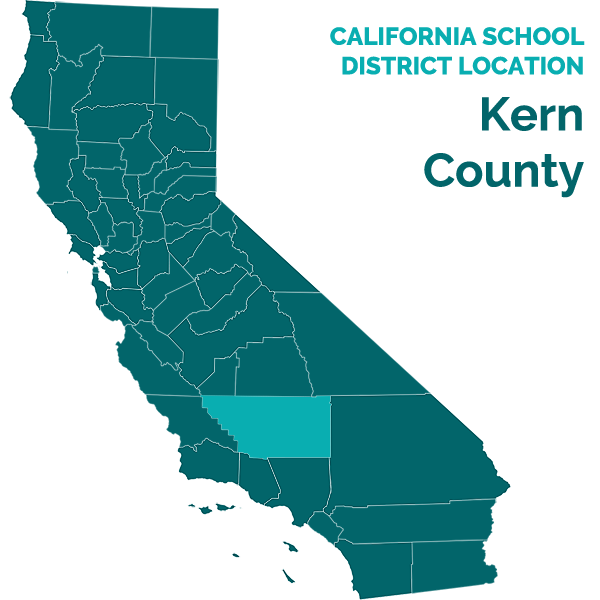 Respondent Student (Student) did not appear, nor did any attorney or representative on Student’s behalf, at the hearing.

District’s Due Process Complaint/Due Process Hearing Request was filed on October 13, 2006. The District waived mediation and requested the case proceed directly to due process hearing.

The ALJ opened the record on November 13, 2006, and received testimony and evidence.The hearing concluded the same day. The record remained open to permit the District to submit written closing argument on or before December 15, 2006, which District timely submitted. District’s closing argument is identified as exhibit O. The record was closed and the matter submitted for decision on December 15, 2006.

I. May the District reassess Student pursuant to the August 29, 2006, assessment plan?

II. Is District entitled to an order compelling Student to participate in the assessment?

CONTENTIONS OF THE PARTIES

District contends that it has attempted to reassess Student since his parents reenrolled him in the District in August of 2006 for the 2006-2007 school year. District maintains that a reassessment is warranted because Student reenrolled in the District and requested the continued provision of special education services. In addition Student was due for his triennial assessment in October 2006. Parent agreed to the assessment plan but have failed and refused to produce Student to participate in the District assessment, and Student has not attended school. District also sought parents’ agreement to an Individualized Education Program (IEP) for Student. District asserts that Student’s parents have not cooperated in the assessment plan nor have parents responded to District’s request to discuss Student’s status.

Student’s contentions concerning the appropriateness of the assessment plan and the scheduled assessments is unknown because Student’s parents did not submit a written statement of their position in this case and did not participate in the due process hearing.

1 The District also raised the issue of whether the District is required to file a notice of due process complaint when a Student is removed from his educational placement by his parent and Student is not withdrawn from enrollment in the District. District raised this issue in its due process hearing complaint and requested a ruling on this issue in its written closing argument. District argues there is a need for a determination of its rights based upon an alleged pattern and practice of conduct by an advocacy group that purportedly represented Student in this case. This issue, as stated, calls for an advisory opinion, which goes beyond the scope of the administrative adjudicatory process under the Individuals with Disabilities in Education Act (IDEA) and will not be addressed in this decision.

I. May the District reassess Student pursuant to the August 29, 2006, assessment plan?

4. On August 8, 2006, Student’s mother signed a 30-day placement approval in which she requested Student’s placement in the District as a special education student and the provision of Designated Instruction and Services (DIS), pending the convening of an IEP meeting within 30 days.

5. On August 17, 2006, Student’s parents completed an enrollment form requesting Student’s enrollment in the District. Student was placed at Actis.

8. The first date Student was required to be produced for an assessment was on September 18, 2006, for his psychological assessment at the District’s special services center. Student did not appear nor did Student’s parents contact District to cancel or reschedule the assessment.

9. Student failed to appear for any of the scheduled assessments and has not completed the assessment process.

10. Student has not attended classes at Actis and his parents have not withdrawn Student from enrollment in the District.

11. Student’s parents have not responded to District’s requests to contact them following Student’s failure to appear at the scheduled assessments.

12. Based upon Student’s parents’ request for special education services, the impending triennial assessment date, and the fact that Student was reenrolled in the District, theDistrict was required to conduct a reassessment.

II. Is District entitled to an order compelling Student to participate in the assessment?

14. Pursuant to the IDEA, informed parental consent need not be obtained for the reassessment of an individual with exceptional needs if the district can demonstrate that it has taken reasonable measures to obtain that consent and the child’s parent has failed to respond.If a parent refuses to provide consent for a district assessment, the district can request a due process hearing to obtain an order overriding parents’ refusal to consent.

17. District is entitled to assess Student and Student’s parents must make Student available for the assessments in order to avail themselves of the rights and benefits afforded Student under the IDEA.

3. A school District must actively and systematically seek out all individuals with exceptional needs, ages zero through 21 years of age, including children not enrolled in public school programs, who reside in the district or are under the jurisdiction of the special education local plan area or a county office. (Ed. Code, § 56300; 20 U.S.C. § 1412 (a)(10).)

4. A child must be assessed by a school district in all areas related to the suspected disability (Ed. Code, §§ 56320(f), 56381 subd. (f)), including, if appropriate health and social and emotional status. (34 C.F.R. § 300.532(g).) A district’s evaluation is held to a standard provided in the statute of “reasonableness.” (Rowley (1982) 458 U.S. 176, 200, Supra .) The IDEA does not prescribe substantive goals for evaluation, but provides only that it be “reasonably calculated to enable the child to receive educational benefits.” (Id. at p. 206-207.) The school district must present a written plan to the student’s parents encompassing the areas it seeks to assess. The district must timely notify parents of the assessment giving parents at least 15 days to respond or consent to the assessment plan (Ed. Code, § 56321, subd. (a).) The school district cannot perform an assessment without parental consent. (Ed. Code, § 56321, subd. (c).) If a parent refuses to provide consent for a school district assessment, the school district can request a due process hearing to override the refusal to consent. (Ed. Code, §§ 56321(c), 56501(a)(3), 56506 subd. (e).)

6. The District may initiate a due process hearing when there is a proposal or a refusal to initiate or change the identification, assessment or educational placement of a child or the provision of a FAPE to the child or where a parent or guardian refuses to consent to an assessment of the child. (Ed. Code § 56501, subds. (a)(1), (2) & (3).)

Issue I. May the District reassess Student pursuant to the August 29, 2006 assessment plan ?

8. Based upon Factual Findings 3 through 13 and Legal Conclusions 3 through 7, the District was required to reassess Student.

Issue II. Is District entitled to an order compelling Student to participate in the assessment?

9. Student’s parents requested special education services and initially consented to the assessment plan. Inexplicably, parents refused to participate in the assessments and further failed and refused to respond to District’s inquiries concerning the matter. There is no dispute that a reassessment was required and that District had a statutory obligation to obtain the assessment in order to determine the nature and extent of Student’s right to a FAPE. The IDEA expressly provides that in the event of a reassessment District may take steps to secure Student’s parents’ cooperation in obtaining the necessary assessments. Here, the IDEA confers upon the District the option to initiate a due process hearing to override a parent or guardian’s refusal to consent to an assessment.

10. The District cited in its closing argument to cases out of the 8th and 2nd Circuits, S.F. v. Camdenton R-III School District (8th Cir. 2006) 439 F.3d 773 and Dubois v. Connecticut State Board of Education , (2nd Cir. 1983), 727 F.2d 44, 49, in support of District’s argument that absent a waiver of benefits and rights afforded under the IDEA parents must comply with a lawful order requiring Student to submit to District’s request for an assessment. These cases do not support Districts arguments, are inapposite and are distinguishable from facts in this case. In S.F. v. Camdenton R-III School District, Supra, the school district sought to compel the assessments of a student whose parents had him home-schooled. The court ruled that parents were not required to submit to the school district’s assessment process since the student was privately schooled. Dubois v. Connecticut State Board of Education, Supra, concerned a procedural issue of failure to exhaust administrative remedies, not raised in this case, and does not support District’s position that they may compel Student’s parents to participate in the assessment process.

11. The ALJ relies on the case of Wesley Andress v. Cleveland Independent School District (5th Cir. 1995) 64 F.3d 176, 178 for a determination of this issue. In that case, on facts similar to the matter now being decided, the parents enrolled their child in the school district and requested special education services. The District proceeded to schedule a triennial reevaluation of student. The parents wished to proceed with their own evaluators to which the District objected and parents refused to produce the child for the District reevaluation. On appeal from a lower court ruling denying District’s unfettered right to obtain a reevaluation the Court held that a handicapped student must be reevaluated every three years to determine his continuing eligibility for special education under IDEA. A parent who desires for her child to receive special education must allow the school district to reevaluate the child using its own personnel; there is no exception to this rule. The Court further held that the child’s parent’s refusal to allow the school district to reevaluate him resulted in his non eligibility for special education services from the date his reevaluation was due. Similarly, Student’s parents risk the District taking the same position in the present case if parents elect not to produce him to enable District to conduct the agreed upon assessments.

12. Based upon Factual Findings 3 through 13 and 15 through 17 and Legal Conclusion 2 through 7, District may not compel Student to submit to the assessments but is entitled to conduct a reassessment of Student pursuant to the following order.

1. The District is entitled to reassess Student pursuant to the mutually agreed upon assessment plan between Student’s parents and the District.

2. If Student’s parents wish to avail themselves of special education services from the District, Student’s parents must make Student available for reassessment by District within a reasonable period of time, but no later than 30 days following issuance of this Order.

Pursuant to California Education Code section 56507, subdivision (d), the hearing decision must indicate the extent to which each party has prevailed on each issue heard and decided. The District has prevailed on all issues.

The parties to this case have the right to appeal this Decision to a court of competent jurisdiction. If an appeal is made, it must be made within ninety days of receipt of this decision. (Ed. Code § 56505, subd. (k).)