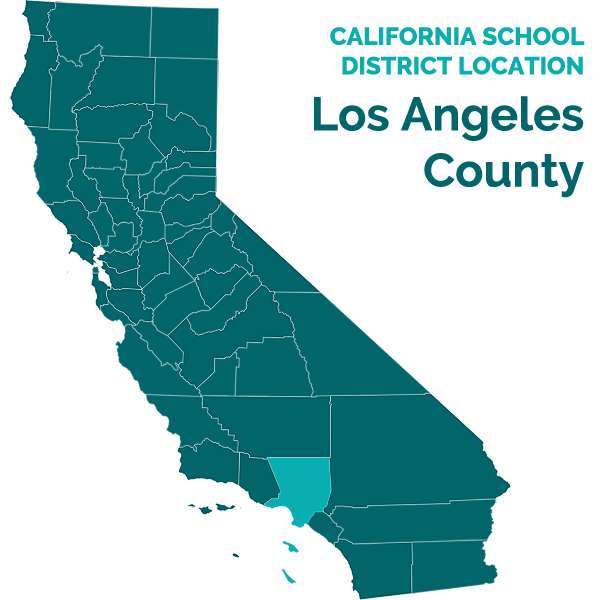 Los Angeles Unified School District (District) was represented by Patrick J. Balucan, Assistant General Counsel. Sharon Robertson, a Due Process Specialist for the District, was also present throughout the hearing.

On February 2, 2011, Student filed his Request for Due Process Hearing (Complaint). On motion of the parties, the matter was continued on March 9, 2011.

Whether Student is entitled to an independent educational evaluation (IEE) at public expense in the area of adapted physical education (APE).

Student requested the following remedies: (1) an APE IEE; (2) training for staff at Student’s school regarding the correct procedures for responding to pupils’ requests for IEEs; and (3) an Individualized Education Program (IEP) meeting within 30 days of completion of the APE IEE to review the results of the IEE.

2. District had been providing APE services to Student during fall 2010, in the form of specially designed physical education, and for several years prior to fall 2010. In October 2010, Joel Steingold performed an APE assessment of Student. Mr. Steingold has been employed by the District in various capacities for approximately 22 years, and has been employed as an APE teacher by the District for approximately 12 years. Mr. Steingold holds a B.A. in religious studies, with a minor in Spanish, from California State University, Northridge. He holds a multiple subjects teaching credential, with a bi-lingual emphasis in Spanish, and with a supplemental authorization to teach physical education (P.E.). He also holds an APE credential, and a visually-handicapped credential.

10. The District reconvened the IEP meeting on November 4, 2010. The November 4, 2010, meeting was attended by Mother, Wiley Campbell (Student’s advocate), the District Administrator, a special education teacher, the school psychologist, the occupational therapist, Mr. Steingold (the APE specialist), and Ms. Winkelman (the District’s attorney.)

11. During the meeting, Mr. Steingold reported that Student was functioning much higher than his peers at Salvin or Lanterman. Mr. Campbell, Student’s advocate, requested an IEE for the APEAS. Ms. Winkelman, the District’s attorney, responded that the District would respond to the request in writing. In response to questioning from other IEP team members, Mr. Campbell specified that he did not want the APEAS to be re-administered by District personnel. Mr. Campbell advised the team that Mother was requesting the IEE because it was only the first time that Mr. Steingold had administered the secondary version of the APEAS, and Student did not believe that Mr. Steingold had administered it correctly.1 At hearing, Mother testified that she did not have confidence in the quality or accuracy of the APE assessment report. She did not believe that Student had the ability to perform the eight standard push-ups that the APE assessment reflected he could perform, or that he had as much physical ability as the APE assessment results demonstrated.

13. District did not respond to Student’s request for an APE IEE after the November 4, 2010, IEP meeting. In December 2010, Student began to attend John Adams, pursuant to the IEP. He received APE there. District convened an IEP meeting on January 26, 2011, to discuss issues. Mother, through her attorney and advocates, had presented to District regarding Student’s adjustment to John Adams. During the January 26, 2011, IEP meeting, Student’s APE teacher, Mr. Martinez, reported that Student performed better than the other pupils in the class. At the meeting, District offered Student another District-performed APE assessment, instead of an IEE. On January 28, 2011, Karolyn Mimura, the Bridge Coordinator and Testing Coordinator at John Adams, faxed to Jennifer Guze Campbell, Mother’s attorney, an assessment plan for an APE assessment to be conducted by the District. The assessment plan was written in Spanish. At the time Ms. Mimura sent the assessment plan, she was aware that Mother had requested an APE IEE. Mother did not sign this assessment plan.

14. Between November 4, 2010, when Mr. Campbell requested an IEE, and February 2, 2011, when Student filed his Complaint, the District did not offer Student an APE IEE. By letter dated February 11, 2011, after Student filed his Complaint, Sharon Robertson, the District’s due process specialist, wrote to Mother in response to Student’s Complaint. The letter specifically stated, “At this time, your request for an IEE in APE is being denied.” At no time did District file a due process hearing request to establish that the District’s APE assessment was appropriate.

Whether Student is Entitled to an IEE

3. District contends that it demonstrated at hearing that District’s assessment was appropriate, and that Student did not demonstrate that the District’s APE assessment was not appropriate. District concedes that its failure to offer an APE IEE from November 4, 2010, through the date Student filed his Complaint “likely” constituted an unreasonable delay, but asserted that Student was not prejudiced by the delay. District contends that its failure to offer Student an IEE at public expense did not deprive Student of a FAPE, did not deprive Mother of the opportunity to participate in the development of Student’s IEP, and did not deprive Student of any educational benefits.

5. States must establish and maintain certain procedural safeguards to ensure that each student with a disability receives the FAPE to which the student is entitled, and that parents are involved in the formulation of the student’s educational program. (W.G., et al. v. Board of Trustees of Target Range School District, etc. (9th Cir. 1992) 960 F.2d 1479, 1483.) (Target Range). Procedural violations only constitute a denial of FAPE if they: (1) impeded the child’s right to a FAPE; (2) significantly impeded the parent’s opportunity to participate in the decision making process; or (3) caused a deprivation of educational benefits. (20 U.S.C. § 1415 (f)(3)(E)(ii); Ed. Code, § 56505, subd. (f)(2).)

6. Before any action is taken with respect to the initial placement of an individual with exceptional needs, an assessment of the pupil’s educational needs shall be conducted. (20 U.S.C. § 1414(a)(1)(A); Ed. Code, § 56320.)2 The pupil must be assessed in all areas related to his or her suspected disability, and no single procedure may be used as the sole criterion for determining whether the pupil has a disability or whether the pupil’s educational program is appropriate. (20 U.S.C. § 1414 (a)(2),(3); Ed. Code, § 56320, subds.(e) & (f).) The assessment must be sufficiently comprehensive to identify all of the child’s special education and related services needs, regardless of whether they are commonly linked to the child’s disability category. (34 C.F.R. § 300.306.)3

11. Whether the length of time that has passed before a District initiates a due process hearing or provides the IEE at public expense constitutes “unnecessary delay” is a question of fact, based upon the circumstances of the particular case. (J.P. v. Ripon Unified School District (E.D. Cal. 2009) 2009 WL 1034993; 52 IDELR 125.) (Ripon.) For example, in Ripon the court determined that the school district’s due process request filed more than two months after the request for an IEE was timely, as parties were communicating regarding the request for the IEE in the interim, and did not come to an impasse on the issue until less than three weeks before the school district’s filing. In contrast, in the case of Pajaro Valley Unified School District v. J.S. (N.D. Cal. 2006) 2006 WL 3734289; 47 IDELR 12) (Pajaro Valley), the school district did not file its due process complaint to defend its assessment until approximately 11 weeks after Student’s request for an IEE. Then, at hearing, the school district offered no explanation as to why it delayed for 11 weeks in filing its complaint, or why that delay was “necessary.” The court found that the school district’s “unexplained and unnecessary delay in filing for a due process hearing waived its right to contest Student’s request for an independent evaluation at public expense, and by itself warranted entry of judgment in favor of Student and [parent].” (Emphasis added.)

3All references to the Code of Federal Regulations are to the 2006 version, unless otherwise stated.

13. In their closing briefs, the parties debate whether the District’s failure to provide an APE IEE constituted a denial of a FAPE, and deprived Mother of the ability to meaningfully participate in the development of Student’s IEPs. The IDEA and the Education Code do not specifically condition the District’s obligations regarding requests for IEEs at public expense on a finding that Student required the IEE to receive a FAPE or to allow Mother to meaningfully participate in Student’s IEP meetings. However, as was stated in Legal Conclusion 5, above, violations of the IDEA’s procedural safeguards that significantly impede Mother’s ability to participate in the decision making process do constitute a denial of a FAPE. In this case, Mother’s concerns regarding the quality and accuracy of the District’s assessment report, and the total failure of the District to respond to her request for an APE IEE in the manner required by law, significantly impeded her ability to understand her child’s unique needs, and therefore significantly impeded her ability to participate in IEP meetings and to be involved in the development of an IEP that met her child’s unique needs.

15. Based upon Findings of Fact 1 through 14 and Legal Conclusions 1 through 14, District failed, without unreasonable delay, to (1) offer Student an APE IEE at public expense, or (2) file a due process complaint to defend the appropriateness of its APE assessment. District’s conduct deprived Student of a FAPE, because it significantly impeded Mother’s right to meaningfully participate in the IEP process. Consequently, Student is entitled to an APE IEE at public expense, and an IEP meeting thereafter to discuss the results of the IEE.

16. In addition to the APE IEE at public expense, Student’s Complaint requested that the District be ordered to train the staff at Student’s school regarding the procedures to follow in responding to a pupil’s request for an IEE. Student offered no evidence that this remedy was appropriate or necessary for Student to obtain relief in this matter, or that any staff at either Student’s former school or current school was unaware of those procedures. In particular, there was no evidence that any such staff member routinely failed to appropriately respond to requests from its pupils for IEEs.

1. Student shall receive an APE IEE, to be performed by an assessor selected by Student, at public expense, consistent with District criteria. Within five business days of District’s receipt of this Decision, District shall provide Student with agency criteria for conducting the assessment, including agency criteria, if any, concerning the reasonable cost for conducting the assessment.

2. District shall pay for the IEE within 30 calendar days of receipt of the independent assessor’s written demand for payment.

3. District shall convene an IEP meeting to discuss the IEE within 30 calendar days of the District’s receipt of the assessor’s report of the IEE, not counting days between the Student’s regular school sessions, terms, or days of school vacation in excess of five school days.

This is a final administrative decision, and all parties are bound by it. Pursuant to Education Code section 56506, subdivision (k), any party may appeal this Decision to a court of competent jurisdiction within ninety (90) days of receipt.