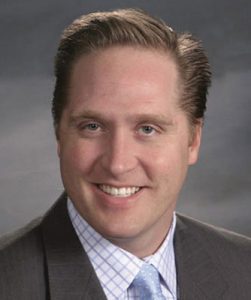 Tim Adams is the principal attorney at Adams & Associates. He received his Bachelor’s degree from the University of California, Irvine and his Juris Doctorate degree from Pepperdine University School of Law. He is admitted to practice as an attorney in California, in the United States District Courts—Central, Southern and Eastern Districts of California, as well as before the United States Court of Appeals for the Ninth Circuit.

He has served as an adjunct professor and Associate Director of the Special Education Advocacy Clinic, Pepperdine University School of Law. He is actively involved in educating parents and professionals in presentations and seminars. He has also trained Orange County Superior Court Judges regarding special education law. He has been interviewed and quoted in publications including the Daily Journal, the Orange County Register and the nationally published magazine Parenting.

Tim is an Ambassador for The Autism Community in Action (TACA), an organization that provides support for families living with autism. He has served as an auxiliary Board member for the University of California, Irvine Child Development School and was a founding board member for its successor, The Children’s School. He has also served on the Board of Advisors for an education data startup called Schoolie, Inc., (acquired by Great Schools) an online tool which helps families across the nation make informed choices on K-12 education.

In 2017, he co-founded Walls that Unite, a non-profit organization that provides educational experiences in low-income communities in the United States and Mexico.